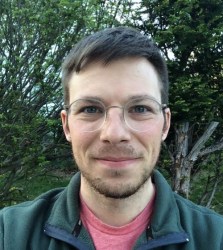 I am an animation filmmaker from the central United States. I was accepted into the Character Animation program at California Institute of the Arts in 2011 and studied hand-drawn animation for four years. I currently am working as a story artist for Blue Sky Animation Studios, and also continue making animation and illustration in my spare time. I really enjoy making art that is influenced by nature and observation, combined with sincere and entertaining storytelling. 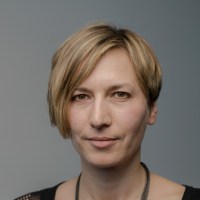 Melanie Beisswenger has animated almost all around the world and in different animation styles and formats. Her character animation credits include the Academy Award winning feature film ‘Happy Feet’ and its sequel ‘Happy Feet 2’, the TV launch commercial for the BioShock game, as well as work on ‘Iron Man 3’. As lead animator, she was responsible for the digital 3D character in the German feature films 'Saphirblau' and 'Smaragdgrün'. Melanie's animated short film 'There's Bliss in the Kiss' has won multiple awards and her experimental videos have screened internationally. She has previously taught animation in Singapore and at The Animation Workshop; since 2014, she is professor for computer animation in the Time-Based Media program at University of Applied Sciences Mainz. 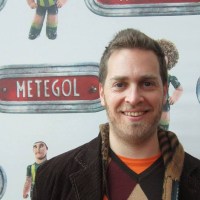 Mariano Epelbaum has been working professionally since 1996 in various disciplines of animation and illustration, where character designs tend to be very expressive and original. Currently, Mariano works as an art director on several projects. He is always trying different styles and techniques. Five years of experience in Art Direction, Character Design, and supervising artists in "Metegol" (Underdogs in U.S.) animated 3d Film directed by Academy Oscar Winner Juan José Campanella. More than 20 years work experience in the Animation Industry and illustration in many different styles. 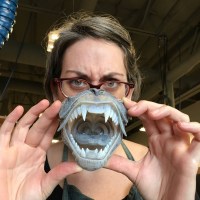 Since 2007, Emily Myers has been working in animation across platforms including commercials, television series, educational videos, and film. While working in the industry, she has maintained her creative arts practice on the side, which revolves around storytelling. She was awarded a project grant from the Regional Arts and Culture Council for her experimental story based gallery show called The Ruby Blues which involved a series of drawings and tableaus of static stop motion puppets on sets. After six and a half years at Laika, Emily left her Armaturist position to jump back into the freelancing world. She can now be found fabricating puppets at Shadow Machine Northwest, creating live action comedy shorts, and occasionally teaching at Oregon College of Art and Craft. 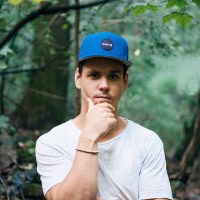 I am a motion graphic designer and 3D Artist with a huge background in various other disciplines. I studied Product design, spent a good couple of years by designing and building Flash websites. Found out that I am pretty good in Graphic design and 2D animation, which led me finally to 3D and all of its magic. During this long and very intense development, I gained a lot of international experiences, worked with many different clients and tried Agency life in Slovakia, Czech Republic, Vancouver and Auckland. Recently Red Bull Media house in Salzburg and now I am a freelancer. I am very lucky to have my girlfriend Lenka by my side through all the moving around the world. I like to be a generalist who explores as much as possible to achieve maximum possible quality in my projects and constantly learning new stuff every day. From design, art direction to execution, I can cover all of those fields in top level quality, which is I hope visible in the amount of passion I put in my work. 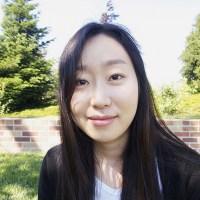 I am currently working in Animation Film industry as an Artist at DreamWorks TV, and before as an Artist at Pixar Animation Studios. Some of the Feature and Short Films I worked on includes 'The Good Dinosaur', 'Inside Out', 'The Dam Keeper', and TV animation 'Dawn of the Croods'. I was born and raised in South Korea. I've graduated Art Center College of Design (Bachelor of Fine Arts) majoring in Illustration, and worked in Animation Film Studios and TV animation Studios, as well as Independent Film Studios. For me the most special thing about animation is that there's no limit to what you can express. I strongly believe there's such power in visual storytelling through animated films.